What is the most bizarre ingredient you’ve tried on a pizza? Pineapple? Anchovies? How about pickles?

Rhino’s Pizzeria & Deli in Webster, New York recently gained notoriety for serving a dill pickle pizza with garlic sauce and mozzarella cheese. The internet is awash in disgusting contributions to culinaria these days that challenge good taste. When I came across a video of Rhino’s making their pickle pizza, I almost ignored it. But my recent experimentation with tarts and a love for pickles gave me pause for a closer look. 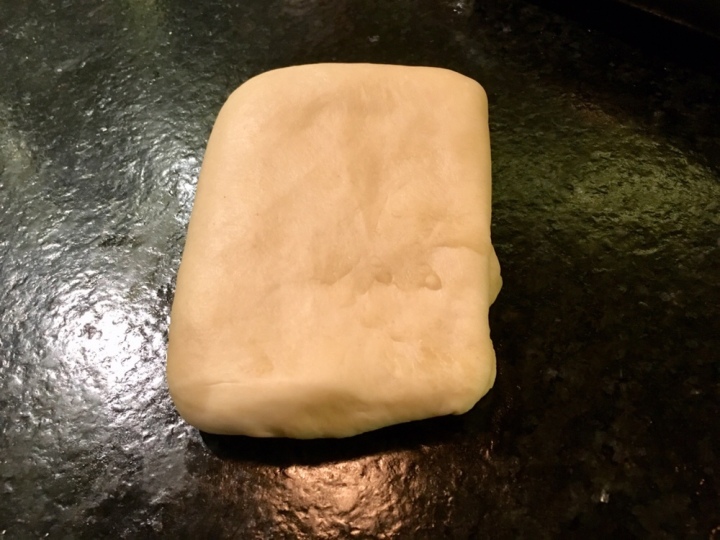 Rhino’s will sell you their secret garlic sauce but have not shared the recipe. I’ve not had the opportunity to visit Rhino’s to experience their pizza creation. After watching their video, I think I came close to reproducing my own version of the garlic sauce to create a delicious dill pickle pizza. The recipe is a bit quirky in that I measure dough ingredients in metric grams (something I picked up during my sourdough bread baking days) and switch back to U.S. measurements for other parts of the pizza.

When rolling the dough, I folded layers with a few drops of olive oil to promote some rise in the absence of a leavening agent.

I used a combination of minced and pulverized garlic cloves in olive oil with salt, pepper and dill weed to make the sauce. I sliced refrigerated whole dill pickles to top the pizza and added dashes of more dill weed.

The garlic, dill, olive oil, acidic juices from the pickles and the crunchy pickles themselves really taste great together on an airy, crisp crust with melted mozzarella. I made a fresh herb buttermilk dressing for dipping the pizza slices. The creamy dressing complements a dill pickle pizza like no other kind of pizza. Paul poured a 2016 Barter & Trade Sauvignon Blanc made by Field Recordings Winery in Paso Robles, California with grapes sourced from Colombia Valley in Washington State to pair with the pizza. 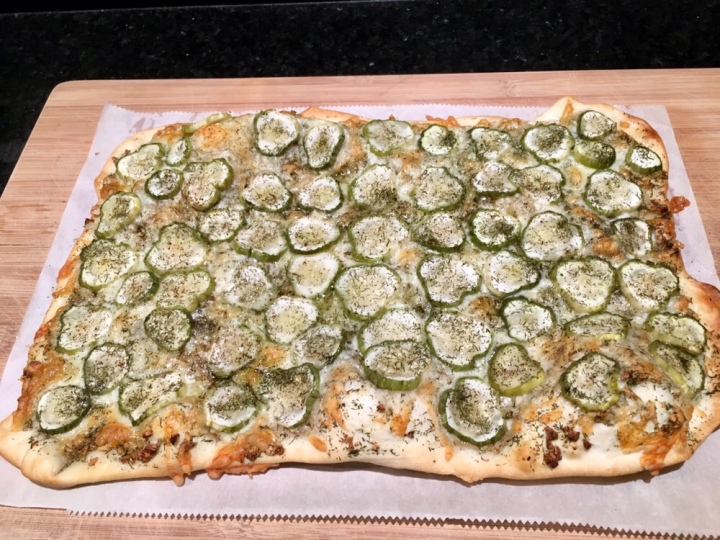 Despite initial and reasonable hesitation, my adventurous taste testers Paul Linxwiler and Kim Gullett confirmed my hopes for this recipe with good reviews. Thanks for being my guinea pigs for this experiment.

If you try this recipe, let me know how your pizza turned out in the comments — especially if you’ve sampled Rhino’s dill pickle pizza! 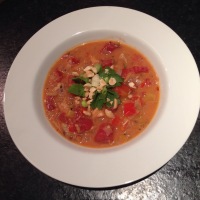